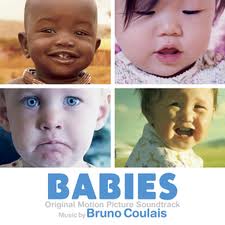 Instead of making new year resolutions I thought it would make a nice change if I'll write about the defunct year, 2011, in retrospective. About the things we loved in 2011, about things we did, all in all about what deserves to be mentioned, about memories that pay to be cherished and put away for safe keeping.
First things that pops into my mind are the movies we enjoyed in 2011 (even if it wasn't the year they were produced).
I have to start with the last Harry Potter movie, I loved it and in a sense it closed a circle for me, giving me the feeling of content. It was an end worth of all the other movies and books and the feelings I invested in them. But I don't think I have to tell you about this movie, I think it met everbody's expectations and it signified, in a sense, the end of an era.

There is another movie - a documentary, to be exact, that leads in our preferences (mine and Maya's). I watched it first, it was a late night broadcast, and I remember with clarity. I was feeling very poorly at that moment, and having a panic attack when I came upon the documentary and it literally pulled me out from my of desperation and pain. Then, the next morning (as I recorded it) we watched it with Maya and she loved it so much it became part of our household. We are still watching it at least once a week (sometimes several times) and we haven't grown bored yet. It is, of course, "Babies", the documentary that follows one year in the life of four babies in Namibia, Japan, Mongolia and the United States of America. If you haven't seen it yet, I strongly recommend it, it is sweet and interesting, fascinating and exciting like films about babies usually are.


We also discovered 3D movies. I must say that even I, as an adult, enjoyed the experience and I am always looking forward to see another one. Up until now we watched "Kung- Fu Panda 2" and "Puss in Boots".

For me, personally, it was the year of  TV series. I discovered I didn't have the patience for full lenght movies, so I went for the shorter ones. There were many TV series, old and new, that kept me awake at night. I am talking about "Teenage Wolf", "Being Human" (the British original series), "Falling Skies" - waiting patiently for the second series, "Terra Nova" and of course, "The Walking Dead" - loved it.
I also loved watching for the millionth time British sitcoms, like "Keeping Up Appearances" - my favourite, "Hi-de-Hi" - another great one, "My Family " and such.

What were your favourites for 2011?

Playing by the book said...

Just wanted to say thanks for being such a loyal follower of my blog! It's really heartening to know you enjoy what I write about :-)

No need to thank me, it was MY pleasure!