I Am So Worried 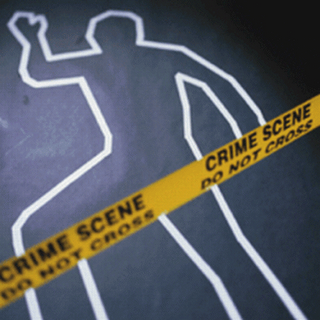 When I woke up this morning....it was just a usual Sunday morning: I was sick, my daughter was complaining of a tummy ache, the car wouldn't start, you know, the normal beginning of the week.
But then, I turned on my PC to read the news on line and everything changed...for the worse...I woke up to find out that we had the most bloodiest week-end ever, here, in Israel. No less than five murders had taken place, and in most cases, the criminals were young men. For example, in Beer Sheva, a 36 old man was stabbed by a group of youths, after he asked them to tone down the noise they were making...In Rehovot, another young man was chased in a public garden by other youngsters and was stabbed to death, in...but I'll stop here.
I am absolutely speechless. And worried. Since arriving here, 12 years ago, I witnessed the trasnformation of the Israeli society, from a nation of hot headed, proud and a bit naive people, into a society where violence is seeping into the everyday life like a most deadly virus. The Israeli youth is very violent and out of control, there is a big problem with the alcoohol consumption and so on.
I had been a high school teacher here and believe me, I know what I am talking about. One of my students, a sweet Russian girl was killed by her Turkish boyfriend, and she was 17...I still remember her smile...
And nobody is doing anything. I haven't seen policemen on the streets, on civil guards or anything...I am afraid to go outside at night because near our building we have a small park and every night teenagers go there and get drunk and sometimes I hear them shouting at each other in the wee hours of the morning...
I am a parent, I have two children...and even if my son is 26, I still worry for him ....As for my 5 years old daughter... Sometimes I blame myself for bringing her into this world...What should I teach her? What should I expect from the future?
I do what I have to do as a parent, a try to raise her the best I can...but what about the others? What about the society?
I was always a law abiding citizen and I was surprised, to say the least, when I learned about the attitude Israelis have towards the law...you know, if nobody catches you red handed....you're a good citizen, right? Well, this atitude came now and bit their backsides, if you'll excuse my French. All that live and let live became a huge national problem, because it is now translated into something entirely different, and it has FAILURE written all over it.
I know, there is the national security problems and the world wide crisis and we have the settlements and the religious and the extremists and the foreign workers, and so many problems, real or invented and blown out of proportion that we forgot what is happening in our back garden...
I am not going to say more, because I don't really know what is to be said, just read this article and weep. I did it.

I am so sad to read this. The Israel I loved 20 years ago certainly has changed.

Prayers for you and your wee one.

It sure did, Margaret, it sure did...
I also fell in love with a different Israel that just isn't here any more...