High on Books and An Overdose of Vitamin C 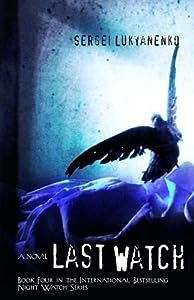 The last days have passed in a blurr...My little sister is arriving tomorrow! She's coming from Romania for a month, with her son and she's staying with us, obviously. We'll be a little bit cramped, but it'll be fun.
But today, well today it was a day with a mission: to go and buy us large quantities of vitamin C. I've gone just a teeny bit too hysterical with all this swine flu thing and I am getting more and more frustrated because I cannot to a lot about it. So I decided to take action, and this morning I had a revelation: vitamin C. It is said that it protects against infections or something, right? So I decided it wouldn't hurt to have some at home. I took Maya, strapped her to her buggy and off we went to the nearest "Super Pharm" to stock on the mighty vitamin.
As we reached the cool pharmacy after a stroll in the scorching heat, I thought I had hallucinations or I've stepped into another realm: all the staff members wore sailor type t-shirts (you know, the blue and white stripy ones) and they were dancing with the customers! It transpired they were having some sort of sale and they handed out presents to the courageous customers that danced with them. In the beginning Maya wanted to dance too, but then she got scared by some ladies that were shaking their bottoms a tad too enthusiastically, so we hurried home with a bagfull of vitamin C and other useful stuff, like antiperspirant and Kinder chocolate eggs. Of course, given the hyper state I was in I absolutely forgot that I don't like the vitamin C that you have to suck because it is way too sour for my taste . And now I'm stuck with an "economy" type huge bottle of a million suckable vitamin C pastilles that will blister my tongue and the roof of my mouth. But no sacrifice is too big for the final purpose: to be free from the swine flu!

About the books now. I am very pleased that I managed to put my hands on a copy of Sergei Lukyanenko's "The Last Watch". A friend of mine that works at the Steimatzky bookstore found it for me. Thank you, Thalia, from the bottom of my heart. You are a star! She helps me with all my strange requests concerning books and sometimes, when they don't have the book I'm looking for at their central deposit, Thalia traces it down for me in other book stores, all around Israel. She is a gem and a kindred spirit.
I didn't advance with "The Twilight Watch" though, because, after seeing the last Harry Potter movie I decided I don't remember very well what happens in the seventh book, so I started on it and put everything else aside. It is a huge book and I want to finish it when my sister will arrive. And of course, I got myself caught in the middle of the war between Good and Evil, again. Oh well, that's me, forever in some imaginary battle ...So I am doing everything now with my nose it the aforementioned book, no wonder I break and spill everything that I touch.
Oh, and on my iPod I have "Twilight" and when , for some reason, I cannot read (for example, when I'm out with Dubi, the dog, in the evenings) I listen to it. I've read the series three times already and I don't care what other say, I like it. it is nice, and sweet and Mrs. Meyers has a very rich vocabulary, although in the first part of "Twilight" she uses the word "chuckle" (Edward) too much. I like the books because they talk about love, true, pure and eternal and I would like to believe that it exists, vampires or no vampires.